Our Directors come from a wide-range of relevant backgrounds and make an active contribution to company strategy.

Fulvio Renoldi Bracco holds a degree in Economics from “Bocconi” University in Milan where he graduated with a final dissertation based on US and EU regulations on Mergers and Acquisitions.

He subsequently spent four years in Citibank in London, New York and Milan where he finally specialized in structured finance products for the financial institution industry.

Since 1996, he joined his family in the management of Bracco S.p.A., where he initially worked in the corporate Finance Department.

In 2002 he became Chairman and CEO of Acist, a US Affiliate of the Bracco Group, specialized in the development manufacturing and marketing of proprietary cutting edge medical systems.

In April 2009 he became the head of the Global Business Unit Imaging of Bracco Imaging S.p.A., one of the World’s leading companies in the diagnostic imaging business. Part of Bracco S.p.A., the holding company of Bracco Group, Bracco Imaging operates in over 90 markets worldwide, either directly or indirectly through subsidiaries, joint ventures, license and distribution partnership agreements.

In June 2017 he was appointed Chief Executive Officer of Bracco Imaging S.p.A.

He is a member of the Presidential Committee of Federchimica, – the Italian Federation of the chemical industry – of the BoD of the American Chamber of Commerce in Italy and of the BoD of Endeavor Italy.

In addition he is member of the BoD of Bracco S.p.A. and Centro Diagnostico Italiano.

He is married with two sons 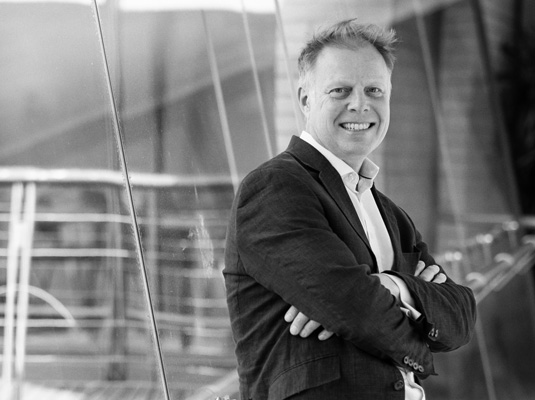 David Gauden, a co-founder of Blue Earth Diagnostics, brings more than 20 years of industry expertise in radiopharmaceuticals and diagnostic medical imaging to his new role as Chief Executive Officer (CEO).   Prior to the founding of Blue Earth Diagnostics in 2014, David served as Product Leader for oncology molecular imaging at GE Healthcare, with business responsibility for the product portfolio, licensing, product development and strategic marketing activities across a range of developmental PET drugs.  David has deep expertise across the business spectrum and has held roles of increasing seniority within supply chain, project management, IP licensing and R&D.   David has an undergraduate degree from the University of Warwick and a doctorate in Biochemistry from the University of Oxford.

Roberto Desimini began his career in 1983 at Arthur Andersen in Milan as an auditor.

In 1988 he joined the San Raffaele Hospital in Milan, as assistant to the General Manager and in charge of administration and accounting of some subsidiaries.

In 1990 he began his experience in Bracco S.p.A., coinciding with the start of the company internationalization process, as head of Consolidated Financial Statements. In 2007 he was appointed Director with the Corporate role of Chief Financial Officer, a position that he still holds. 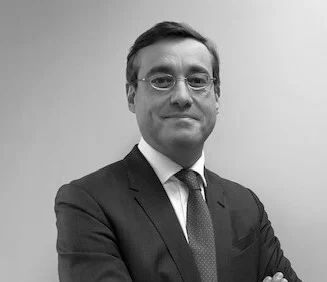 He started his career in investment banking, at Goldman Sachs in London then joined General Electric, where he had a 15-year tenure holding various position in Global Business Development. He left to join the executive committee of Smith & Nephew plc, as Chief Corporate Development Officer and Head of Global Business Services.

Cyrille is married with 5 sons and enjoys sailing, running and skiing. He holds a Masters in Finance from HEC Paris. 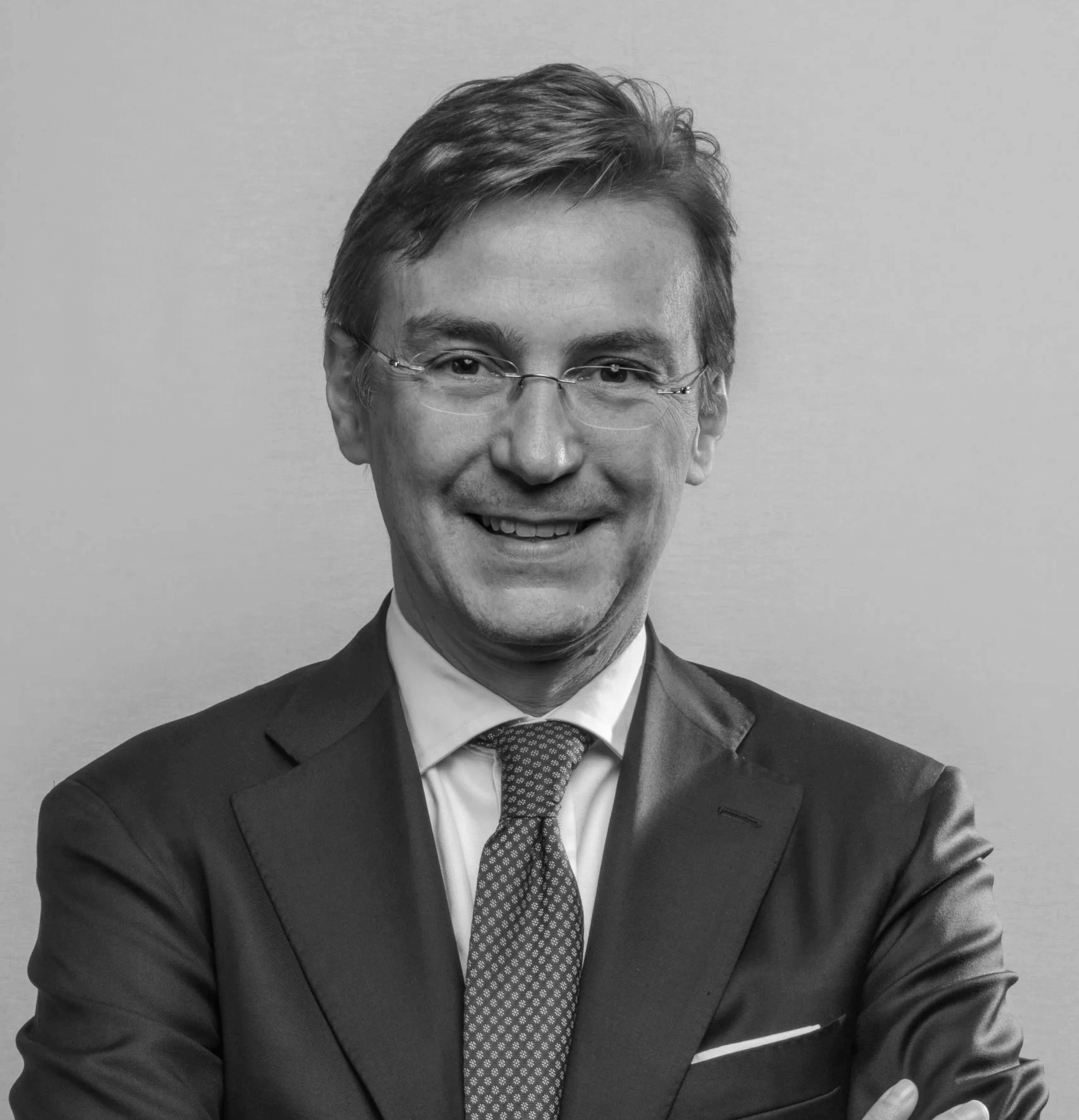 Andrea, who joined Equita – the leading independent investment bank in Italy – in 2008 as Head of Investment Banking, today is Chief Executive Officer at Equita, member of the ASSOSIM executive committee, the Italian Association of Financial Markets Intermediaries, member of the stakeholder group of CONSOB, Italy’s financial markets supervisor, and of the Advisory Board to Borsa Italiana, the Italian Stock Exchange. Andrea is also a member of the Board of Directors of Blue Earth Diagnostics, a molecular imaging company based in Oxford, UK.

Andrea has developed relevant expertise in capital markets and investment banking during his thirty-years experience. He began his career in London in 1990, at Goldman Sachs International, where he spent five years in the Corporate Finance and Debt Capital Markets departments. Between July 1995 and January 2006, Andrea divided his time between the Milan and London offices of Barclays, de Zoete Wedd (later acquired by Credit Suisse) and Credit Suisse, first as a member of the M&A team, then as Head of Equity Capital Markets for the Italian and Southern European markets in London and later as a senior coverage officer and legal representative of CSFB’s Italian branch in Milan. Andrea also worked as a freelance consultant for large industrial groups between April 2006 and December 2007. 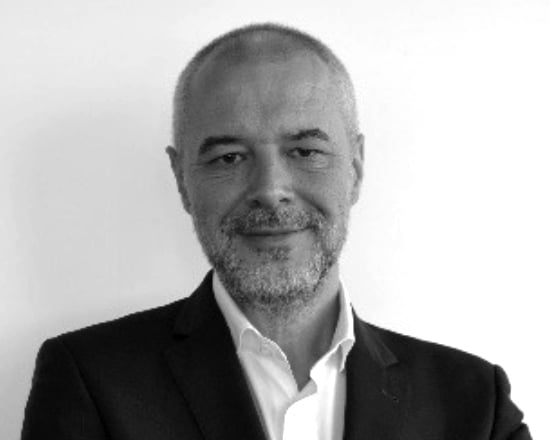 Fabio holds a Ph.D in Physics from the University of Pavia. His thesis on low-dimensional quantum magnetism continued to be the focus for the following two years as part of his Post-Doctoral Research.

Fabio started his career at Bruker as an Application Specialist and Project Leader, moving to Bracco Imaging S.p.A. in 2008. Starting as Preclinical Imaging Department Manager in the R&D Centre based in Ivrea, he subsequently held the position of Director of the same Centre and today the role of Director of R&D of the Global Business Unit Imaging of Bracco.